mens black overcoat are an immediate indicator of style sensibility that remains favored for all seasons and reasons. Mens fashion colors are intermittent, but there are certain time-tested colors that work all the year round. Well, it goes without saying and black is certainly one of those colors. Mens black overcoats, mens black topcoat have remained favored for all seasons, being the epitome of luxury; it gives an instant and elevated style statement to the wearer.

Timeless mensBlack overcoat: Just like black suits, even Mens black overcoats remain unchanged for a variety of reasons and they are the epitome of luxury and give an instantly elevated style statement to the wearer. With time, Black trench coats and denim coats too started to take center stage. Military officials mainly used the black trench coat during the World War II. Later it started to lose its military significance and became popular among the German officials. They wore the black leather trench coats mainly to make an impression rather than for their practicality. However, the popularity of the coat remained popular with the public thereafter. A black overcoat having played such a significant role in the past, it is the most basic but must-have piece of clothing in any mans wardrobe. If you wanted to exude a stylish look, without any further ado, do check out a classic mens black overcoat. Do not be overwhelmed with the range; we at overcoatusa have decoded the style factors of every single overcoat for men, which will help you make the right choice. If you wanted to exude a stylish look, without any further ado, do check out a classic black overcoat. From mens Black overcoat to Black wool blend overcoat, Black denim overcoat, to Black leather overcoat, we have them all.
Overcoats are a staple winter wear which are usually thigh to knee length. These mens outerwear can be worn over any outfits be it formal or casual. They are made of heavy materials like wool, tweed or fur overcoat since they are worn to fight off the cold or any other adverse conditions. Some of these mens black overcoats are made of water repellent materials thus making them a kind of raincoat too. Apart from all these functional properties they are one of the most famous fashion wear for men. This classic piece of garments projects confidence and authority thus creating an aura of dominance. Hollywood have used this garment extensively making them a flattering piece of fashion. 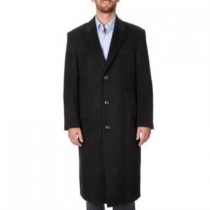 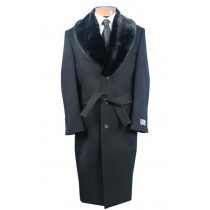 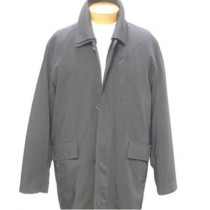 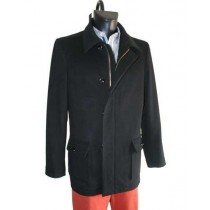 Apart from wearing them over professional outfits you can also wear them to outdoor activities and other casual get ups. Knowing all the functional and fashion purposes you can also wear them in spring and autumn. The key for this multi purpose use is to select the right kind of material. There are a lot of styles to choose from like the military overcoat styles some which are very popular like the trench coats.

If you are purchasing anmens black overcoat for the main purpose of winter wear then it is better to go with very thick fabrics. Wool is a great fabric when it comes to overcoats. This fabric had great insulation properties which helps the wearer keep warm even under chilling temperatures. If you live in the parts of the world where the winters are extreme you may need to go with very thick mens black overcoats or the ones that incorporate fur into the design. Most of us would think of fur as a womens fabric but men can wear it in style just with right styling. Mens Black Overcoats with fur collar or fur in hoods and cuffs is a great choice if you want the fur to minimum. Wool overcoats are the best for formal events and hence it is better to buy classic colors like black, navy or dark grey. 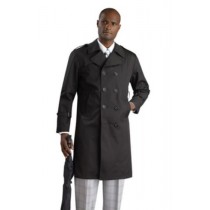 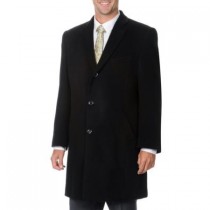 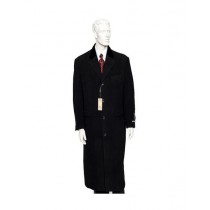 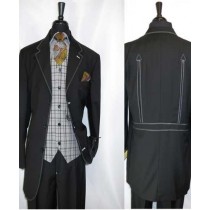 Cashmere overcoats are a good choice if you need a luxury fabric. These overcoats are incredibly soft and the most comfortable of all. But the softness comes with a price since these fabrics can soon wear out in collars and cuffs. Thus it is better to get these mens black overcoats if you already have a collection of overcoats that you wear for daily purposes and keep these luxury mens black overcoats for special occasions. Also these fabrics can get very expensive since the production process involved is tiring. This is one thing that makes wool favourable more than Cashmere since they are affordable and also available in varities of styles and colors than in Cashmere. Also the wool fabric is more durable thus making them better than Cashmere. Also the wool can be designed into lightweight coats that is hard in Cashmere. When it comes to black overcoats, Cashmere coats are available in variety of colors. If you are getting it for professional purposes then it is better to go with black or any other classic colors. But if for casual purposes then go for lighter colors like white or cream since the fuzzy fabric looks great in lighter colors.
If you would like shorter styles then it is better to go with topcoats. The main difference between overcoats and topcoats is that the topcoats are made of lighter fabrics that that of the overcoats. These topcoats are more of a slim fit than the overcoats since they are mostly worn buttoned up fully. But if for professional purposes then it is better to go with overcoats since they are the dressier versions. For summer then you can opt for lighter fabrics like cotton or linen but they are worn for more smart casual outfits. 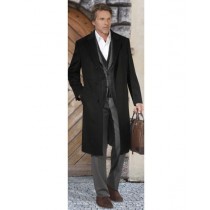 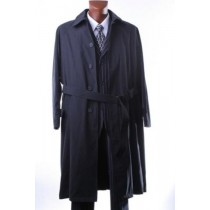 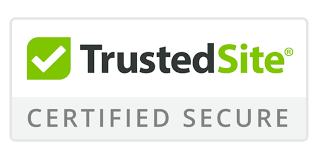